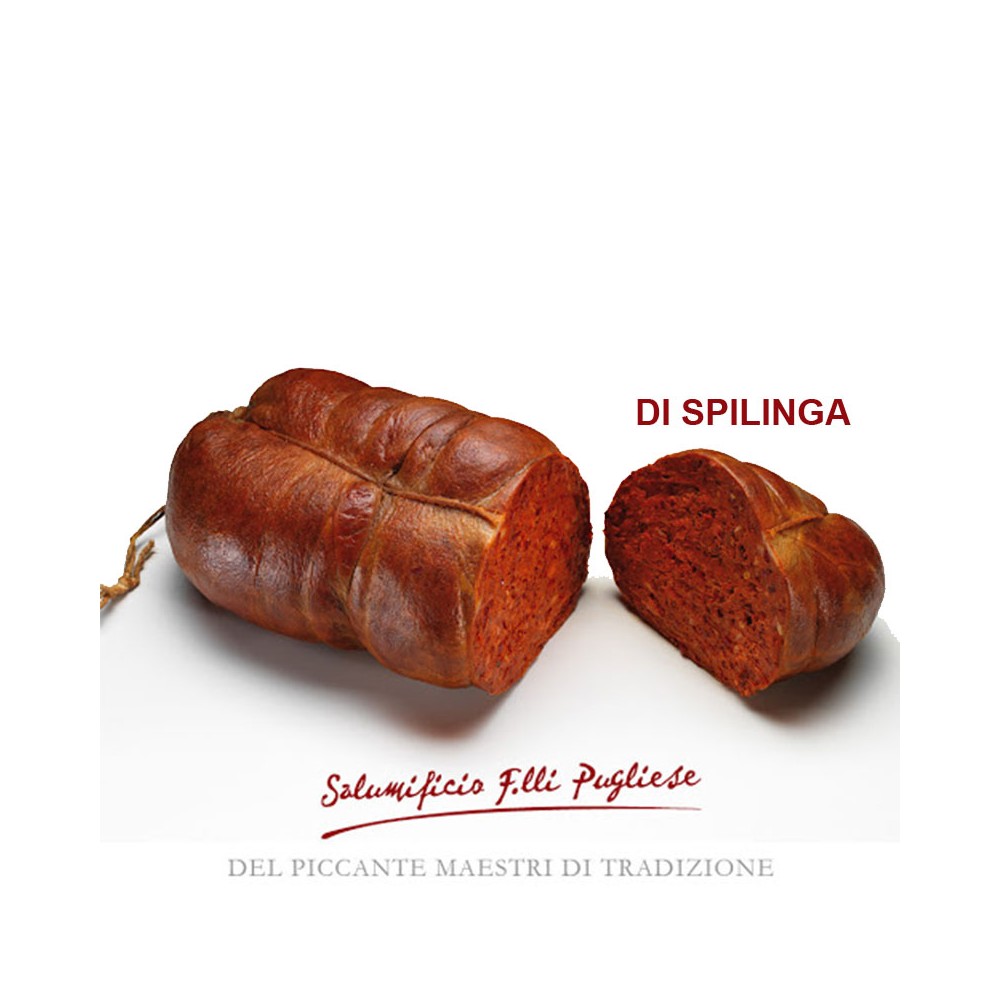 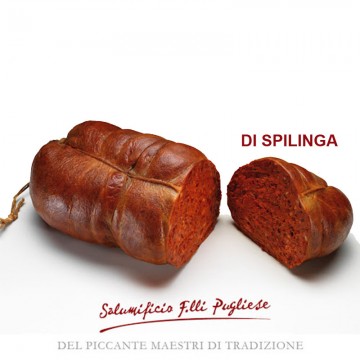 It is by far the best known product of Made in Calabria, the nduja is the Calabrian salami par excellence. Nduja is an atypical sausage, due to its soft and creamy texture that makes it a spreadable salami rather than sliced. Born as a poor food and originally produced with pig waste and offal, nduja has evolved over time to become a fundamental ingredient of many recipes today. It is in fact used both for the preparation of quick snacks and for the preparation of elaborate and refined dishes by well-known starred chefs.

Nduja is produced through the careful selection and grinding of fatty parts of the pig (bacon, bacon, lard) and trimming of lean parts, to which salt and the unmistakable flavor of Calabrian red pepper is added, as a fundamental element of a good nduja.

The chilli is carefully selected raw and dried in the sun, according to traditional methods. The meat mixture is thus processed to mix the ingredients, left to rest overnight and, subsequently, inserted into natural pork casing, pierced and tied by hand with natural twine.

We then move on to smoking and, finally, maturing for a period of at least sixty days in a special cool, dry, well-ventilated and hygienically controlled environment.

With an intense red color and a pasty and homogeneous consistency, nduja has a typically spicy flavor and a strong aroma, characteristics that make it able to enhance the flavors of any dish. It also has excellent antiseptic and antioxidant properties due to the rich presence of chilli pepper, which facilitates long conservation.

Nduja is now known for its versatility: inevitable on bruschetta and pizza, it is also perfect for seasoning pasta, to spice up second courses, to be inserted in arancini and in the dough of meatballs, to be enjoyed in the appetizer and during the aperitif with bread and cheese and, beyond all expectations, it is excellent for flavoring some fish courses. Meat, salt and chilli are therefore the only ingredients of our nduja, carefully selected and skilfully mixed according to ancient recipes.

The nduja has a balanced taste of spiciness, as the recipe of a good salami wants, such that it can make it tasty for all palates. The intent is that, upon tasting, the flavor and quality of the meat is initially perceived and that, only afterwards, the spiciness explodes in the mouth, with the right mix of taste and sensations that make our product recognizable. In our online shop you will find our nduja, produced with strictly Calabrian raw materials. We have decided to put on the market, after years of meticulous studies, the typical nduja "orba", that is preserved in the blind gut, and the nduja in the jar, ideal for small consumption without sacrificing taste! The nduja is free of preservatives and dyes, gluten and milk derivatives free.

Product subject to a 15% weight loss